skip to main | skip to sidebar

So...eric has officially joined the Air National Guard as of 5/19/2009!
I guess I was technically a military wife already, b/c Eric was still in the Air Force when we got married, he was just on his leave that he had saved up....so that doesn't really count. SO...he will start his first drill weekend on June 13th and then he is going to Biloxi, MS for 16 weeks starting in July or early August. We both feel happy about this new job and we know that God has great plans for us. Eric's job in the National Guard will be Computer Systems Control. He plans to get a civilian job doing this as well, once he finishes his tech school down in Biloxi. His contract is for 3 years with the Guard and he will be at Dobbins Air Reserve Base in Marietta, GA. 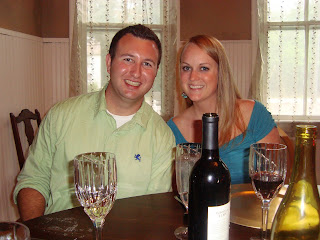 Here's to a new job and military benefits! :)